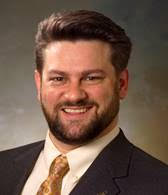 Benjamin and his family have been with Or Chadash for many years; one daughter recently became a Bet Mitzvah and another will very soon. While he enjoys the warm feel of the congregation and appreciates the job that the clergy and leadership do, he feels that being part of the board will be a good place to start increasing his involvement within the congregation. In the past, his family has been members of many other congregations (Anshei, Bet Shalom, and Temple Emanu-El) and most enjoys Or Chadash (even if it is the furthest away!)

Benjamin has been very involved in the jewish community. He was on the membership committee, strategic planning committee at Temple Emanu-El, and also served as Cub Master for Pack 613 that was recently chartered there. His children all attend Tucson Hebrew Academy and all go to Camp Ramah in Ojai every Summer as a way to instill Jewish identity. More secularly, he is a longtime member of Tucson Business Club and recently affiliated with Toastmaster’s International.